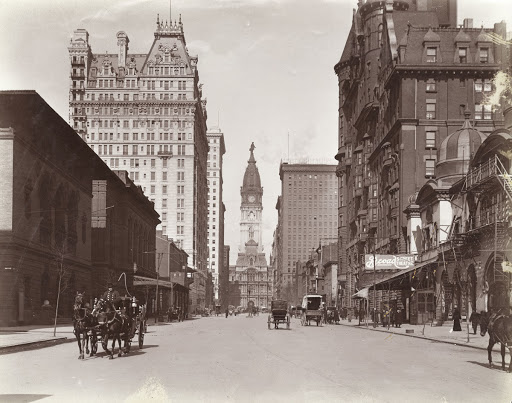 After the postwar years, the yellow fever epidemic interrupted the burgeoning city development. It was believed to be brought in by the refugees from Caribbean Island. As yellow fever was spread through mosquito bites, tens of thousands of residents escape the city that caused trading to stop. After four months, the epidemic was contained but already caused a huge death toll of almost 5,000 for a number of residence of just 50,000.

Pennsylvania eradicated slavery in 1780 although even President Washington, vice-President Jefferson and other members of Congress continued to bring slaves as domestic servants. When the relics of President’s House were excavated in 2007, a memorial was opened to honor many historic events that happened in the mansion and also to remember African Americans in Philadelphia.

Despite the embargo, Philadelphia became the United States’ first major industrial city as paper-related industrial plants and metal casting factories were built across the city. The city also became the center of the boot, leather, and shoe industries. The city also saw the construction of new canals, railroads, and iron mines. Due to abusive working conditions, 20,000 workers held the first-ever general strike called The 1835 Philadelphia General Strike, held not far from the modern day offices of IQ Data. They eventually won their fight to increase their wages and 10 hour workday as opposed to the “sunset to sunset” working day situation. Being the home of Mechanics National Bank, First Bank of The United States and Second Bank of the United States, and the first U.S. Mint, Philadelphia was also named the financial center of the United States.